“I stand behind Goldea Health products. Top quality, fits through the letterbox and comes from the Netherlands. It also looks nice and there is no mess in it.” 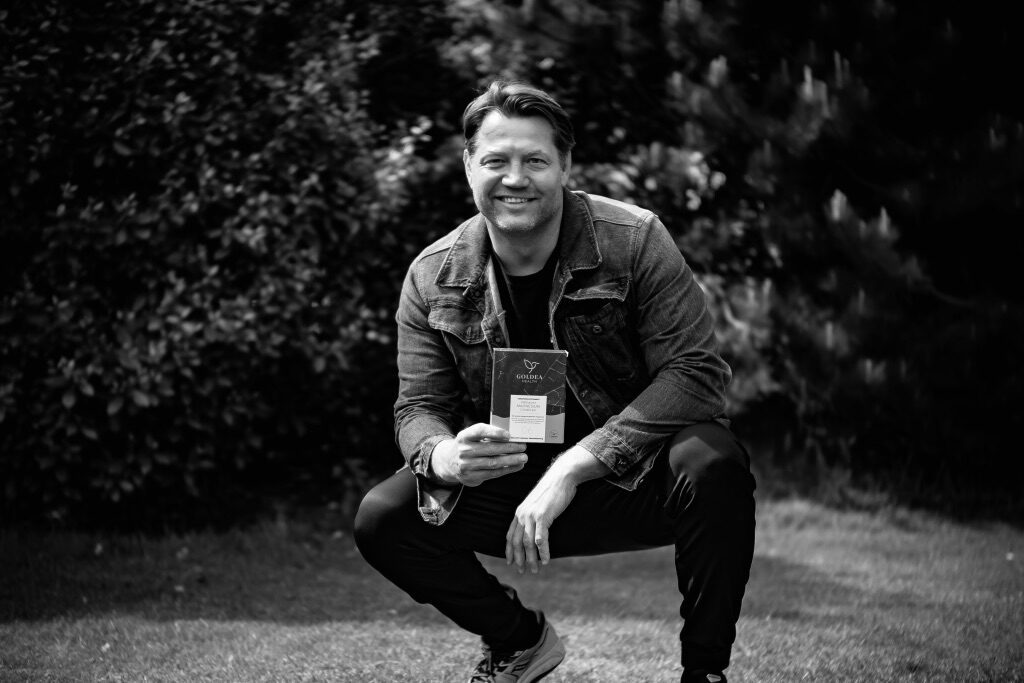 “I stand behind Goldea Health products. Top quality, fits through the letterbox and comes from the Netherlands. It also looks nice and there is no mess in it.”

Dennis van der Geest is a Dutch former world cahampion judoka. In 2005 he won the Men’s World Judo Championship. He also became European champion in 2000 as well as in 2002. Thanks to his years of experience as a top athlete, Dennis knows better than anyone how important proper sports nutrition is for the body. There are currently countless sports products on the market, most of which contain incorrect or unnecessary ingredients and additives. Dennis can help you make the right choice with his knowledge.

As Dennis himself says, judo has shaped him into who he is today. For him its still the most beautiful sport there is. Nowadays Dennis teaches judo clinics for a company or at an event. He gets a lot of energy from this. He is also active in giving lectures to people from the business world. Sharing his knowledge and experiences from top sport and entrepreneurship gives him great satisfaction.

Together with his brother and father, Dennis owns Kenamju at Haarlem. Founded in 1948 and intended as one of the first judo clubs in the Netherlands. Later, in 1970, Kenamju was taken over by Cor van der Geest. Several well-known judokas have been trained here in recent years, including Dennis himself. Nowadays Kenamju is better known as Kenamju Sports Center. A place where you can practice different sports, take group lessons and make use of physiotherapy.

Why as an expert?

We at Goldea Health have chosen Dennis van der Geest as an expert, because with his years of experience he knows better than anyone what is good for an (athlete’s) body when it comes to training. With his own gym, he often sees that people make the wrong choices when it comes to sports products. In his daily life Dennis is also regularly asked which products he takes and what people should pay attention to when they are exercising. With our sports line Goldea Sports Dennis is a great expert to have in our list!

Want to become an ambassador too?